The tutorial provides an overview on the latest emerging video coding standard VVC (Versatile Video Coding) to be jointly published by ITU-T and ISO/IEC. It has been developed by the Joint Video Experts Team (JVET), consisting of ITU-T Study Group 16 Question 6 (known as VCEG) and ISO/IEC JTC 1/SC 29/WG 11 (known as MPEG). VVC has been designed to achieve significantly improved compression capability compared to previous standards such as HEVC, and at the same time to be highly versatile for effective use in a broadened range of applications. Some key application areas for the use of VVC particularly include ultra-high-definition video (e.g. 4K or 8K resolution), video with a high dynamic range and wide colour gamut (e.g., with transfer characteristics specified in Rec. ITU-R BT.2100), and video for immersive media applications such as 360° omnidirectional video, in addition to the applications that have commonly been addressed by prior video coding standards. Important design criteria for VVC have been low computational complexity on the decoder side and friendliness for parallelization on various algorithmic levels. VVC is planned to be finalized by July 2020 and is expected to enter the market very soon.

The tutorial details the video layer coding tools specified in VVC and develops the concepts behind the selected design choices. While many tools or variants thereof have been available before, the VVC design reveals many improvements compared to previous standards which result in compression gain and implementation friendliness. Furthermore, new tools such as the Adaptive Loop Filter, or Matrix-based Intra Prediction have been adopted which contribute significantly to the overall performance. The high-level syntax of VVC has been re-designed compared to previous standards such as HEVC, in order to enable dynamic sub-picture access as well as major scalability features already in version 1 of the specification. 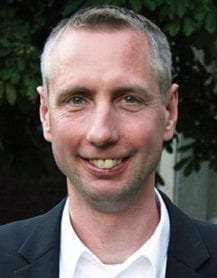 Mathias Wien received the Diploma and Dr.-Ing. degrees from Rheinisch-Westfälische Technische Hochschule Aachen (RWTH Aachen University), Aachen, Germany, in 1997 and 2004, respectively. In 2018, he achieved the status of the habilitation, which makes him an independent scientist in the field of visual media communication. He was with Institut für Nachrichtentechnik, RWTH Aachen University (head: Prof. Jens-Rainer Ohm) as a researcher from 1997-2006, and as senior researcher and head of administration from 2006-2018. Since July 2018, he is with Lehrstuhl für Bildverarbeitung, RWTH Aachen University (head: Prof. Dorit Merhof) as senior researcher, leader of the Visual Media Communication group, and head of administration. His research interests include image and video processing, immersive, space-frequency adaptive and scalable video compression, and robust video transmission. Mathias has been an active contributor to H.264/AVC, HEVC, and VVC. He has participated and contribute to ITU-T VCEG, ISO/IEC MPEG, the Joint Video Team (JVT), the Joint Collaborative Team on Video Coding (JCT-VC), and the Joint Video Experts Team (JVET) of VCEG and ISO/IEC MPEG. He has served as a co-editor of the scalability amendment to H.264/AVC (SVC). In the aforementioned standardization bodies, he has co-chaired and coordinated several AdHoc groups as well as tool- and core experiments. Mathias has published more than 60 scientific articles and conference papers in the area of video coding and has co-authored several patents in this area. Mathias is member of the IEEE Signal Processing Society and the IEEE Circuits and Systems Society. He is a member of IEEE CASS TC VSPC. He is Technical Program Co-Chair of PCS 2019 and has co-organized and co-chaired special sessions at IEEE VCIP and PCS. He was the Corresponding Guest Editor of a IEEE JETCAS Special Issue on Immersive Video Coding and Transmission. He has co-organized and co-chaired the Grand Challenge on Video Compression Technology at IEEE ICIP 2017. He serves as associate editor for IEEE Transactions on Circuits and Systems for Video Technology, and Signal Processing: Image Communication. Mathias has further authored and co-authored more than 200 standardization documents. He has published the Springer textbook “High Efficiency Video Coding: Coding Tools and Specification”, which fully covers Version 1 of HEVC. 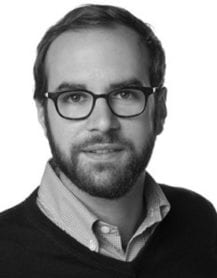 Benjamin Bross received the Dipl.-Ing. degree in electrical engineering fromRheinisch-Westfälische Technische Hochschule Aachen (RWTH Aachen University), Aachen, Germany, in 2008.In 2009, he joined the Fraunhofer Institute for Telecommunications – Heinrich Hertz Institute, Berlin, Germany, where he is currently heading the Video Coding Systems group at the Video Coding & Analytics Department, Berlin and a part-time lecturer at the HTW University of Applied Sciences Berlin. Since 2010, Benjamin is very actively involved in the ITU-T VCEG | ISO/IEC MPEG video coding standardization processes as a technical contributor, coordinator of core experiments and chief editor of the High Efficiency Video Coding (HEVC) standard [ITU-T H.265 | ISO/IEC 23008-2] and the emerging Versatile Video Coding (VVC) standard. In addition to his involvement in standardization, Benjamin is coordinating standard-compliant software implementation activities. This includes the development of an HEVC encoder that is currently deployed in broadcast for HD and UHD TV channels. Besides giving talks about recent video coding technologies, Benjamin Bross is an author or co-author of several fundamental HEVC and VVC-related publications, and an author of two book chapters on HEVC and Inter-Picture Prediction Techniques in HEVC. He received the IEEE Best Paper Award at the 2013 IEEE International Conference on Consumer Electronics – Berlin in 2013, the SMPTE Journal Certificate of Merit in 2014 and an Emmy Award at the 69th Engineering Emmy Awards in 2017 as part of the Joint Collaborative Team on Video Coding for its development of HEVC.