In this tutorial, I will first describe a new interpretable feedforward (FF) design with the LeNet-5 as an example. The FF-designed CNN (FF-CNN) is a data-centric approach that determines network parameters based on training data statistics layer by layer in a one-pass feedforward manner. To build the convolutional layers, we adopt the Saab (Subspace approximation with adjusted bias) transform. The bias in filter weights is chosen to annihilate nonlinearity of the activation function. To build the fully-connected (FC) layers, we adopt a label-guided linear least squared regression (LSR) method. To generalize the FF-CNN, we present the notion of “successive subspace learning (SSL)” and present a couple of concrete examples for image and point cloud classification. The SSL methodology consists of three modules: 1) unsupervised feature extraction, 2) supervised feature selection and feature space partitioning, and 3) ensemble classification. For the feature extraction module, we exploit the weak correlation property among spectral coefficients and decompose a joint-spatial-spectral tensor into multiple joint-spatial-single-spectral tensors. The purpose is to reduce the dimension of vectorized tensors. For the feature selection and feature space partitioning, we introduce the cost function and would like to reduce the cost function as much as possible.  Similarities and differences between SSL and deep learning (DL) are compared. 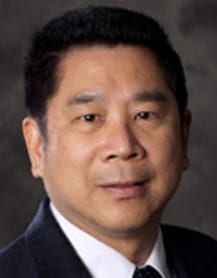