The tutorial is focused on the state-of-the-art techniques for immersive video including acquisition, representation, processing, compression and viewport synthesis. The lecture is not intended for explanation of mathematical details but it rather is aimed at general description of the problems, recent research results, existing solutions, technical limitations, examples of practical solutions, standardization, and expected future developments. Special attention is given to practical solutions and current standardization projects, in particular those related to MPEG-I (MPEG Immersive). The lecture is aimed at organized and unified introduction and overview of the topic. 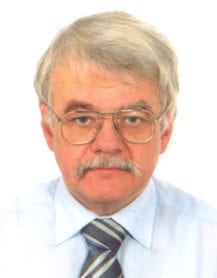 Prof. Marek Domański (PhD, Dr. habil.) is a professor and the director of Institute of Multimedia Telecommunications at Poznań University of Technology, Poznań, Poland.

He leads a research team with reach record of research projects in 3D and immersive video: practical development of virtual navigation systems, depth estimation, view synthesis and immersive video coding. He is active in international standardization, in particular in expert group MPEG where he serves for 15 years as the representative of Poland. Currently he is active in MPEG-I (MPEG Immersive) project, where he serves as a co-editor for MPEG Test Model for Immersive Video. He leads a team that submitted successful responses to Call for Proposals on 3DoF+ Visual (March 2019) and to Call for Evidence on Free-Viewpoint Television (February 2016). Other highly ranked technology proposals to MPEG include 3D video coding (2011) and scalable video compression (2004). Moreover, together with his team, he produced several video test sequences for research and 3D and immersive

He is an author of 3 books on video and multidimensional signal processing. Moreover, he is an author or co-author of over 300 research papers in journals and conference proceedings, and he is also a co-inventor in 16 patents granted by European and US patent offices. He has promoted (directed) 23 candidates to Doctor degree, mostly in video coding, 3D video and virtual navigation.

He authored 3 books and over 300 papers in journals and conference proceedings. The contributions were mostly on image, video and audio compression, virtual navigation, free-viewpoint television, image processing, multimedia systems, 3D video and color image technology, digital filters and multidimensional signal processing. He was leading many research projects funded by Polish institutions (science foundations and agencies), EU and NATO, as well as industry and industrial institutes from Poland, China, Japan, Rep. of Korea, Germany, USA etc. For example, he coauthored one of the very first AVC decoders for television set-top-boxes (2004)

He was appointed as General Chairman/Co-Chairman and host of several international conferences: Picture Coding Symposium, PCS 2012; IEEE Int. Conf. Advanced & Signal based Surveillance, AVSS 2013, European Signal Processing Conference, EUSIPCO 2007; 73rd and 112nd Meetings of MPEG (2005 and 2015) and others. He served as a member of various steering, program and editorial committees of international journals and international conferences.