Saliency Detection of Visual Signals: From 2D to 3D and Beyond

Dr. Yuming Fang is a Professor in the School of Information Management, Jiangxi University of Finance and Economics, Nanchang, China. Previously, he was a (visiting) researcher in IRCCyN lab, PolyTech’ Nantes, Univ. Nantes, France, National Tsinghua University, Taiwan and University of Waterloo, Canada. He received his Ph.D. degree from Nanyang Technological University in Singapore (2013), M.S. degree from Beijing University of Technology in China (2009), and B.E. degree from Sichuan University in China (2006). His research interest includes visual quality assessment, visual attention modeling, computer vision, etc. He has published over 100 scientific papers in these areas. He is a IEEE MMSP TC member. He serves as an associate editor of IEEE Access and Signal Processing: Image Communications. He was also a guest editor for the journal of Signal Processing in 2017. He is/was a TPC Co-Chair for ISITC 2016, a Program Chair for the Third Workshop on Emerging Multimedia Systems and Applications, a Publication Co-Chair for IEEE ISPACS 2017, and an Area Chair for VCIP 2016/2017, IEEE ICME 2016/2017/2018/2020, IEEE ICIP 2019, etc. He is a senior member of IEEE. 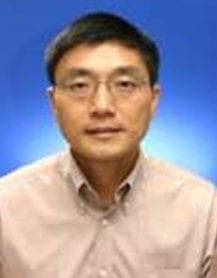 Dr Lin Weisi is an active researcher in image processing, perception-based signal modelling and assessment, video compression, and multimedia communication systems. In the said areas, he has published 200+ international journal papers and 230+ international conference papers, 9 patents, 9 book chapters, 2 authored books and 3 edited books, as well as excellent track record in leading and delivering more than 10 major funded projects (with over S$7m research funding). He earned his BSc and MSc from Sun Yat-Sen University, China, and Ph.D from King’s College, University of London. He had been the Lab Head, Visual Processing, Institute for Infocomm Research (I2R). He is a Professor in School of Computer Science and Engineering, Nanyang Technological University, where he served as the Associate Chair (Graduate Studies) in 2013-2014.  He is a Fellow of IEEE and IET, and an Honorary Fellow of Singapore Institute of Engineering Technologists. He has been awarded Highly Cited Researcher 2019 by Web of Science, and elected as a Distinguished Lecturer in both IEEE Circuits and Systems Society (2016-17) and Asia-Pacific Signal and Information Processing Association (2012-13), and given keynote/invited/tutorial/panel talks to 20+ international conferences during the past 10 years. He has been an Associate Editor for IEEE Trans. on Image Processing, IEEE Trans. on Circuits and Systems for Video Technology, IEEE Trans. on Multimedia, IEEE Signal Processing Letters, Quality and User Experience, and Journal of Visual Communication and Image Representation. He was also the Guest Editor for 7 special issues in international journals, and chaired the IEEE MMTC QoE Interest Group (2012-2014); he has been a Technical Program Chair for IEEE Int’l Conf. Multimedia and Expo (ICME 2013), International Workshop on Quality of Multimedia Experience (QoMEX 2014), International Packet Video Workshop (PV 2015), Pacific-Rim Conf. on Multimedia (PCM 2012) and IEEE Visual Communications and Image Processing (VCIP 2017). He believes that good theory is practical, and has delivered 10 major systems and modules for industrial deployment with the technology developed.