This tutorial represents a complete and balanced review of the subject having a broad scope and coverage of quantitative analysis of molecular medical images, which is growing in importance both for clinical and research applications. The seminar begins with an introduction to various medical imaging modalities followed by a detailed examination of the fundamental concepts of quantitative image analysis techniques as they are applied in diagnostic and therapeutic molecular imaging using conventional single-modality instrumentation and dual-modality imaging devices. It covers the entire range of molecular imaging from basic principles to various steps required for obtaining quantitatively accurate data from nuclear medicine images including data collection methods and algorithms used to correct them for physical degrading factors, and image reconstruction algorithms (analytic, iterative) as well as image processing and analysis techniques as their clinical and research applications. Impact of physical degrading factors including collimator response (in SPECT), attenuation of photons and contribution from photons scattered in the patient and partial volume effect on diagnostic quality and quantitative accuracy of medical images will be discussed. Computer implementations of dedicated software packages and their clinical and research applications are described and illustrated with some useful features and examples. Various subjective and objective quantitative assessment of image quality will be presented including well-known figures of merit. A detailed description of analytical and Monte Carlo modelling of imaging systems, the functionality of computer codes widely used and development of anthropomorphic mathematical and voxel-based phantoms will be provided together with their potential in qualitative and quantitative assessment of image quality. Prospective future applications of quantitative molecular imaging are also addressed especially its use prior to therapy for dose distribution modelling and optimization of treatment volumes in external radiation therapy and patient-specific 3D dosimetry in targeted therapy towards the concept of image-guided radiation therapy. 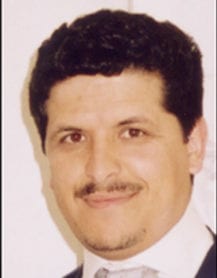 Professor Habib Zaidi is Chief physicist and head of the PET Instrumentation & Neuroimaging Laboratory at Geneva University Hospital and faculty member at the medical school of Geneva University. He is also a Professor of Medical Physics at the University of Groningen (Netherlands), Adjunct Professor of Medical Physics and Molecular Imaging at the University of Southern Denmark, and visiting Professor at IAS/University Cergy-Pontoise (France). He is actively involved in developing imaging solutions for cutting-edge interdisciplinary biomedical research and clinical diagnosis in addition to lecturing undergraduate and postgraduate courses on medical physics and medical imaging. His research is supported by the Swiss National Foundation, private foundations and industry (Total 6.2M US$) and centres on hybrid imaging instrumentation (PET/CT and PET/MRI), modelling medical imaging systems using the Monte Carlo method, development of computational anatomical models and radiation dosimetry, image correction, reconstruction, quantification and kinetic modelling techniques in emission tomography, and more recently on novel design of dedicated PET and PET/MRI scanners. He was guest editor for 10 special issues of peer-reviewed journals and serves on the editorial board of leading journals in medical physics and medical imaging. He has been elevated to the grade of fellow of the IEEE, AIMBE and the AAPM and was elected liaison representative of the International Organization for Medical Physics (IOMP) to the World Health Organization (WHO) in addition to being affiliated to several International medical physics and nuclear medicine organisations. He is developer of physics web-based instructional modules for the RSNA and Editor of IPEM’s Nuclear Medicine web-based instructional modules. His academic accomplishments in the area of quantitative PET imaging have been well recognized by his peers and by the medical imaging community at large since he is a recipient of many awards and distinctions among which the prestigious 2003 Young Investigator Medical Imaging Science Award given by the Nuclear Medical and Imaging Sciences Technical Committee of the IEEE, the 2004 Mark Tetalman Memorial Award given by the Society of Nuclear Medicine, the 2007 Young Scientist Prize in Biological Physics given by the International Union of Pure and Applied Physics (IUPAP), the prestigious (100’000$) 2010 kuwait Prize of Applied sciences (known as the Middle Eastern Nobel Prize) given by the Kuwait Foundation for the Advancement of Sciences (KFAS) for “outstanding accomplishments in Biomedical technology”, the 2013 John S. Laughlin Young Scientist Award given by the American Association of Physicists in Medicine (AAPM), the 2013 Vikram Sarabhai Oration Award given by the Society of Nuclear Medicine, India (SNMI), the 2015 Sir Godfrey Hounsfield Award given by the British Institute of Radiology (BIR), the 2017 IBA-Europhysics Prize given by the European Physical Society (EPS) and the 2019 Khwarizmi International Award given by the Iranian Research Organization for Science and Technology (IROST). Prof. Zaidi has been an invited speaker of over 150 keynote lectures and talks at an International level, has authored over 272 peer-reviewed articles in prominent journals and is the editor of four textbooks.