Graph signal processing (GSP) is the study of signals that reside on irregular data kernels described by graphs. In contrast to previous graph-based studies in other computer science fields like computer vision and machine learning, GSP provides graph frequency analysis of signals on graphs, and interprets key signal operations as low-pass filtering. This graph spectral aspect of signal analysis and filtering connects very well to the long tradition of Fourier / harmonic analysis in the signal processing community. Further, the generality of the graph abstraction enables flexible encapsulation of inherent data similarity structures found in modern big data, such as wireless sensor networks, social media, and brain signals. Given its natural extension from traditional signal processing theories and general applicability to a wide range of applications, GSP has massive appeal both to signal processing theorists in academia and practitioners in industries.

Though traditional images are signals on regular 2D pixel grids, recent work in graph spectral image processing has shown that GSP tools can be designed and tailored for image processing also. Specifically, by interpreting an image as a graph signal on an appropriately chosen underlying graph that reflects pairwise pixel similarity / correlation, state-of-the-art performance can be achieved in a wide range of image applications, including image denoising, image deblurring, light field image compression, 3D point cloud denoising and super-resolution. In this tutorial, we focus on theories and applications of GSP for image processing. 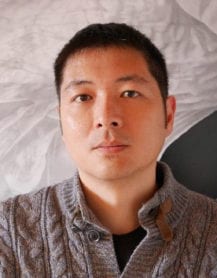 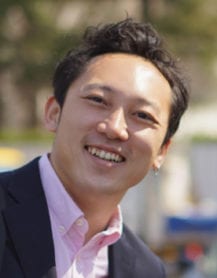 Yuichi Tanaka received the B.E., M.E. and Ph.D. degrees in electrical engineering from Keio University, Yokohama, Japan, in 2003, 2005, and 2007, respectively. He was a Postdoctoral Scholar at Keio University, Yokohama, Japan, from 2007 to 2008, and supported by the Japan Society for the Promotion of Science (JSPS). From 2006 to 2008, he was also a visiting scholar at the University of California, San Diego. From 2008 to 2012, he was an Assistant Professor in the Department of Information Science, Utsunomiya University, Tochigi, Japan. Since 2012, he has been an Associate Professor in Graduate School of BASE, Tokyo University of Agriculture and Technology, Tokyo, Japan. Currently he has a cross-appointment as a PRESTO Researcher, Japan Science and Technology Agency. His current research interests are in the field of high-dimensional signal processing and machine learning which includes: graph signal processing, geometric deep learning, sensor networks, image/video processing in extreme situations, biomedical signal processing, and remote sensing.

Dr. Tanaka has been an Associate Editor of IEEE Transactions on Signal Processing since 2016 and served as an Associate Editor of IEICE Transactions on Fundamentals from 2013 to 2017. Currently he is an elected member of the APSIPA SIPTM (Signal and Information Processing Theory and Methods) and IVM (Image, Video and Multimedia) Technical Committees. He was a recipient of the Yasujiro Niwa Outstanding Paper Award in 2010, the TELECOM System Technology Award in 2011, and Ando Incentive Prize for the Study of Electronics in 2015. He also received IEEE Signal Processing Society Japan Best Paper Award in 2016 and Best Paper Awards in APSIPA ASC 2014 and 2015.